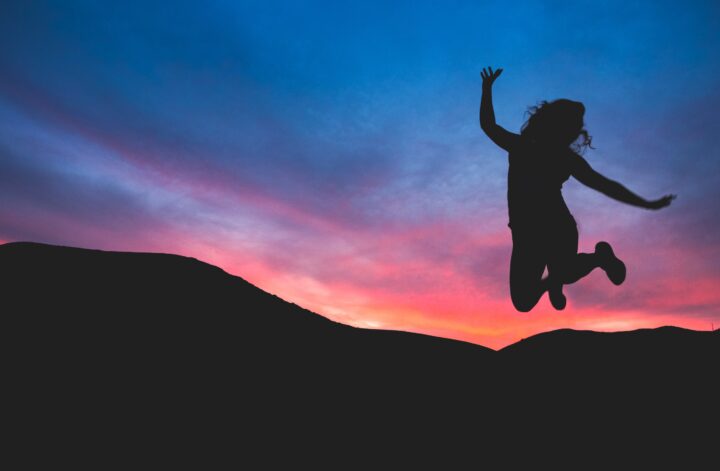 You are replaceable. Everyone is replaceable. Probably we all have heard that before, somewhere, from someone. In our office or at home. And took it as a subtle hint.

And yes, you know what? They are actually right. We all are replaceable. But always keep in mind, so they are.

A new team member can finish a project you started, a new member can do things differently or bring changes into the team and their development. Change does not always mean it is better or worse, it is sometimes just different. The way you handled it does not mean you did it wrong, maybe it just did not match with the expectations and that is totally okay. What is not okay is, to continue doing it the same way when you could do it better. When you could grow and change for yourself and the team. When it comes to a task, you can acquire any kind of new knowledge, you can learn everything if you want to to be able to fulfil it. You can learn anything if you want to and if you are open to it.

Let me tell you a small story to understand it better:

Imagine John, 34 years old man who works for the same company since he finished his studies 12 years ago. He has his degree, loves his job and he believes, the world is his. He owns a beautiful apartment near the beach, drives a black Mercedes A-class. He is able to afford to live an amazing and stable life while travelling the world.

If you look at him from the outside, he had it all, and he has all he wants. And apparently, he doesn’t really need to do much to get what he wants. At work, he also makes sure his colleagues know about his amazing lifestyle. Let’s say he is kind of arrogant and he clearly thinks he is irreplaceable. I mean he works there for 12 years, no one knows the company better than him, right? They need him actually.

Now let’s talk about Maria. She is 34 years old and has just started in the same company. She has joined John’s team. The company gave her a chance despite her credentials not being closer to John’s. Their positions are different from each other because Maria has no degree, she completed her school but she could never afford to go to college. She had to start working after school when she was 17. Her life has been the complete opposite of John’s life. Maria leaves the office taking the subway and walks for 20 minutes more to reach her rented apartment. She needs this job and after many different jobs she had, she can look back on experiences that often taught her lessons that helped her grow. She is hardworking and passionate about her goals and she never gives up. Maria always wears a smile on her face no matter what.

The key difference between Maria and John is, Maria is always aware that she is replaceable.

They couldn’t be any different, and if for a moment we place two of these in typical romantic novels, they would hate each other only to fall in love later on. Well, let’s drop that idea for another time. Life is not always smooth and happy. We face difficult circumstances or deal with difficult people. So let’s go back to John and Maria.

Maria did a really good job; she learned new skills in her free time, read books and did research on topics she did not understand. She learned fast, and her colleagues liked her and her spirit. Based on her new knowledge she became confident enough to bring up new ideas on how to change old and rusty processes.

For John, Maria became a thorn in his eye. He never really understood why the company hired this girl without any degree who never went to college. The reason that she wants to change processes which he started 12 years ago in this company, who is she to change them now? What does she even know? Nothing right? I mean how can she, she never studied. He started to think, it is not fair, his reaction with his colleagues became rude.

John wasn’t aware, that the company is going through difficult situations and the manager had to take a hard decision. Someone in John’s team needs to leave the company. John of course suggested Maria since she was the last person joining the team. But his manager observed the team and he came to know about their loyalty, who worked hard and who was constantly growing and who did not. So what happened might be unexpected if you look at it on a “logical” level. If you have already faced problems you won’t fire persons who are here for a long time. It is easy to keep them because they know everything. It doesn’t cost you money as it does to teach a new team member. But sometimes it is worth to take a deeper look, are they worth it? Will they help to grow the company or are they maybe only a burden because they don’t see new options? John’s and Maria’s manager did exactly that. He observed and took a decision. He fired John and replaced him with Maria.

Why do you think he did that? What was John’s biggest mistake here? Was it his lack of awareness? His arrogance? Becoming rude to his team members?

All the things mentioned above denote the lack of emotional intelligence. That can be fixed. But his biggest failure was, he stopped learning. He stopped growing. To believe that a degree is enough or all we need to open doors for us and become irreplaceable, I must disappoint you, it won’t be enough. Because having a masters degree but forever staying on the same level won’t ever be enough.

But what is it that makes you irreplaceable, like Maria? Is it even possible to be irreplaceable? What we learned based on John and Maria’s story? No knowledge, degree, status of education or certificates can make you irreplaceable. Because whatever you are able to learn, everyone else can learn it as well.

So let me tell you what makes you irreplaceable. It is your energy. Your energy is your secret weapon where you have all your potential and maybe, you are not even aware of it. Energy is everything. And the day you finally realize this, it will transform your whole life.

Maria did exactly this, unknowingly. She shared a positive spirit with her teammates her energy reflected in her sake to learn and grow further and this made her irreplaceable for her manager.

“When we are not aligned with our purpose, we cannot reach our fullest potential.” Project Manager by profession. Freelance journo and content writer by passion. Creative and compassionate woman who loves to travel. Swiss-made.

Love what you do! There comes a point in life where you have to let

Imagine, everything works out for you and all your

Dear me, You can do it. I believe in you. Love,

Let the spirit of Ramadan remain in your hearts an

Change. It all starts from within.

"In books I have traveled, not only to other world

A well-read women is a dangerous creature. ~ Lisa

I fall in love with the process of becoming the ve

Sometimes, your world suddenly turns upside down b

There has been a problem with your Instagram Feed.